In the Eye of a Squirrel 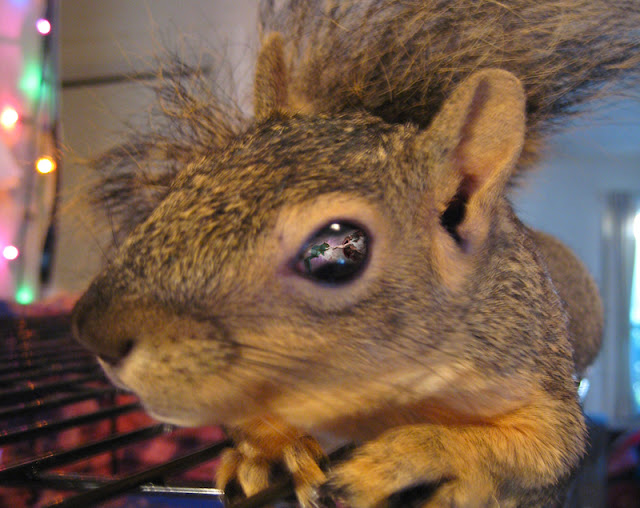 Seeing God in the Eye of Toofie Squirrel

We live in auspicious times! So many things that were hidden are now being found!  You may or may not be familiar with some ancient texts called the Nag Hammadi Library.  One of the books in this text is called the Gospel of Thomas.

In 1897 and 1903, three ancient fragments from Greek versions of the Gospel of Thomas were discovered during archeological excavations on the site of an ancient town in Egypt, eventually recovering over 5000 fragments of ancient Greek texts.  The Nag Hammadi discovery in 1945 unearthed a complete and well-preserved version of the Gospel of Thomas in Coptic and made it possible to definitely identify the fragments from a lost Greek edition of the gospel.  In this lost book is found some pretty awesome quotations:

"The kingdom of God is within you and all about you,
not in a mansion of wood and stone.  Cleave a piece of wood and God is there, lift a stone and you
will find God." vs.77

His disciples said to Him,"When will the Kingdom come?" Jesus said, "It will not come by waiting for it. It will not be a matter of saying, 'Here it is' or 'There it is'. Rather,
the Kingdom of the Father is spread out upon the earth,
and men do not see it." vs.113

While I was researching the Gospel of Thomas, Mr.Nut brought to my attention another text that was found earlier this year.  Mr.Nut told me an Italian tourist was visiting Jerusalem and decided to check out the Dead Sea. He booked a room at the Tulip Inn Dead Sea Hotel and spent three days walking along the shore of the Dead Sea. On the third day, he noticed an old bottle that had washed up and had gotten stuck in the sand. To his utter astonishment, inside the bottle, he found an ancient text called  الانجيل من السنجاب which is Arabic for "Gospel of Squirrel".
I personally think it had been preserved by the Dead Sea Squirrels all these years. 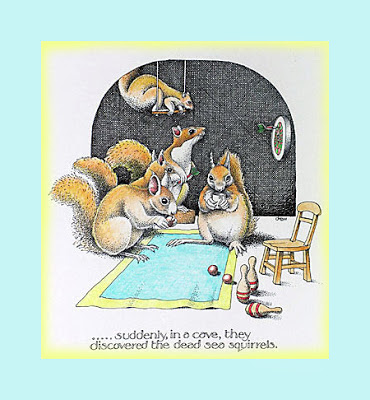 My feeling is that the squirrels were trying to help preserve these wisdom texts for a later time in history when people could actually understand what was written.  Here are a couple of the quotes:

"The KIngdom of God is within you and all around you, not in a mansion of wood and stone. Split a piece of wood and God is there.  Look into the eye of a squirrel and you will find God there also."

"The foxes have their holes and the squirrels have their nests, but the son of man has no place to lay his head and rest."

"If you have money, do not lend it at interest, but give it to one from whom you will not get it back.  Better yet, purchase sacks of nuts and feed your squirrels."

"The KIngdom of God is spread out over the entire earth.  Men do not see it, but squirrels see it and know it.  The day will come when squirrels will teach men about the Kingdom of God and in that day men will awaken." 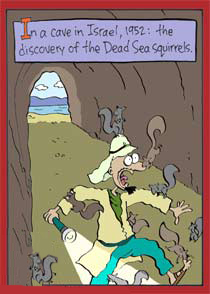 Posted by Squirrel Lady of Town Lake at 4:39 PM 2 comments:


Posted by Squirrel Lady of Town Lake at 6:17 PM No comments: